Explore The NRA Universe Of Websites 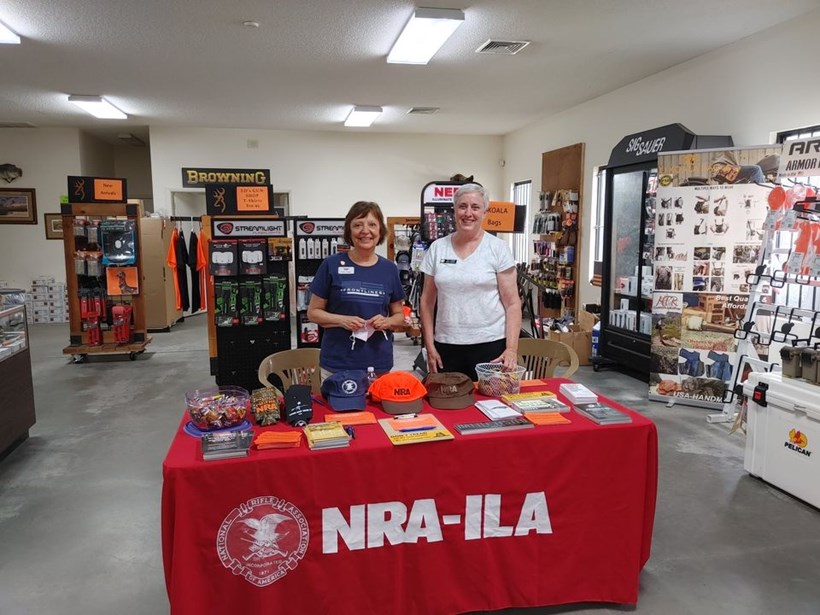 for once again allowing us to use their location as we attempt to inform the public about what is going on with our gun rights at both the federal and state levels. Throughout the day, there was a steady stream of supporters who were concerned about protecting our Second Amendment and who eagerly signed postcards urging Senator Richard Burr

to oppose gun control legislation. As an added bonus, NRA Board Member Edie Fleeman joined Cathy to help spread the message! Overall, the NRA Day was a total success!

There is no cost to enroll. Apply to become an NRA Second Amendment Activist Center today!